The shape of things to come

RMIT University engaged thousands of students, staff, alumni and partners around the world to shape RMIT’s goals and actions for the next five years.

We designed a campaign to ensure that no-one missed the opportunity to have their say.

Through multiple channels and events over the second half of 2015, RMIT engaged thousands of staff, students, alumni and partners around the world to shape RMIT’s goals and actions for the next five years, and released the results in November 2015.

Our brief was to create a compelling, integrated visual identity for the ‘#shapeRMIT’ campaign to appeal to a broad audience and express the core values and future aspirations of RMIT. 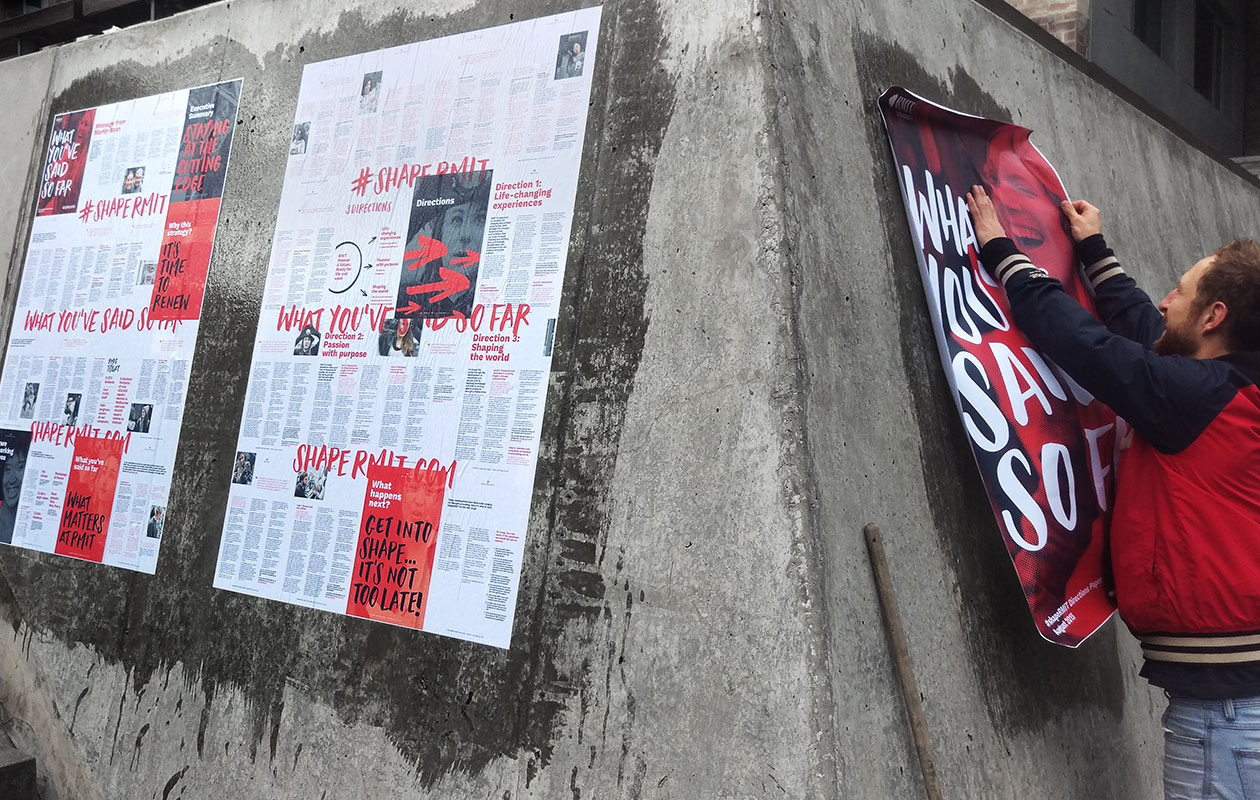 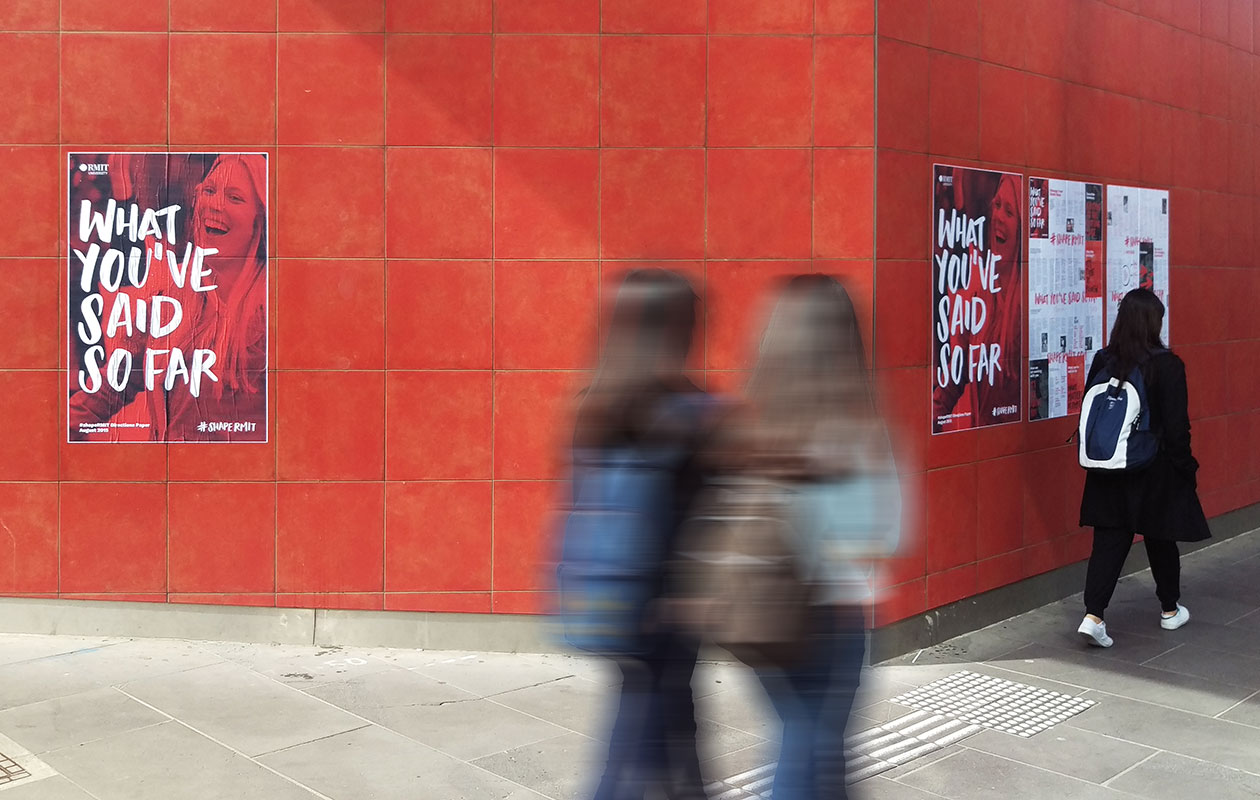 Many minds, many hands

RMIT’s founding motto, ‘a skilled hand and cultivated mind’, is as relevant now as ever. Our creative strategy was to represent the many voices of the individuals that make up the RMIT family and the personal nature of the way ideas, both big and small, were being contributed to the formation of the strategy.

The nature of the visual identity was deliberately rough-and-ready and imperfect, with a nod to street press and bill posters in a strategic move to disrupt the University’s corporate communications. It had to announce that this was something different, a change in direction.

Engagement with the project was vital, so rather than publishing bland strategy documents destined for the bin, we took the conversation to the streets.

We took a DIY, grassroots-movement approach to urban environments with the aim to surprise and delight, inspire and spark conversation. Newspapers were distributed throughout the University and at local cafes, street art was spray-painted around the campus and a digital conversation hub was started online. The approach was to use tactics that aren’t traditional for a university – we wanted people to take a second look!

Outputs covered everything from street stencils, bill posters and street press, to reports and presentations, to cupcake toppers, hoodies and drink bottles, to social media, digital signage and home screens of every University computer, and to murals that loomed large over Swanston Street, one of Melbourne’s busiest streets.

We worked closely with the brilliant #shapeRMIT team to harness and interpret the energy of the campaign through tactical implementation, working rapidly and efficiently to get stuff done.

RMIT might be an old institution, but the way we worked with them had a distinctively modern start-up mentality. Together with their internal teams, we were agile and fast-moving. We tested ideas and provided feedback to each one another almost immediately.

We were able to take approaches that were unconventional and unexpected. We used street savvy tactics to take the conversation directly to people, with extraordinary results. 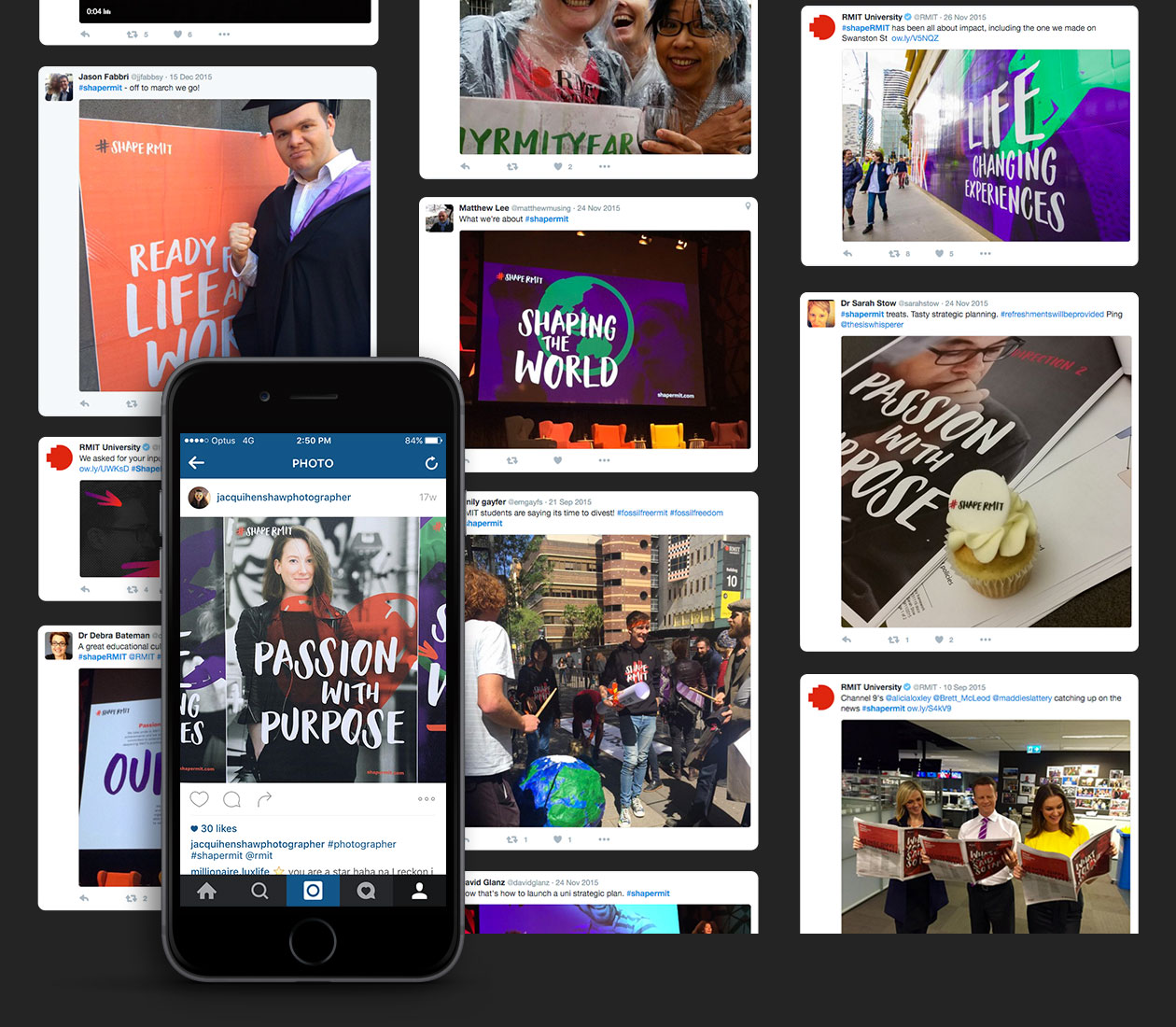 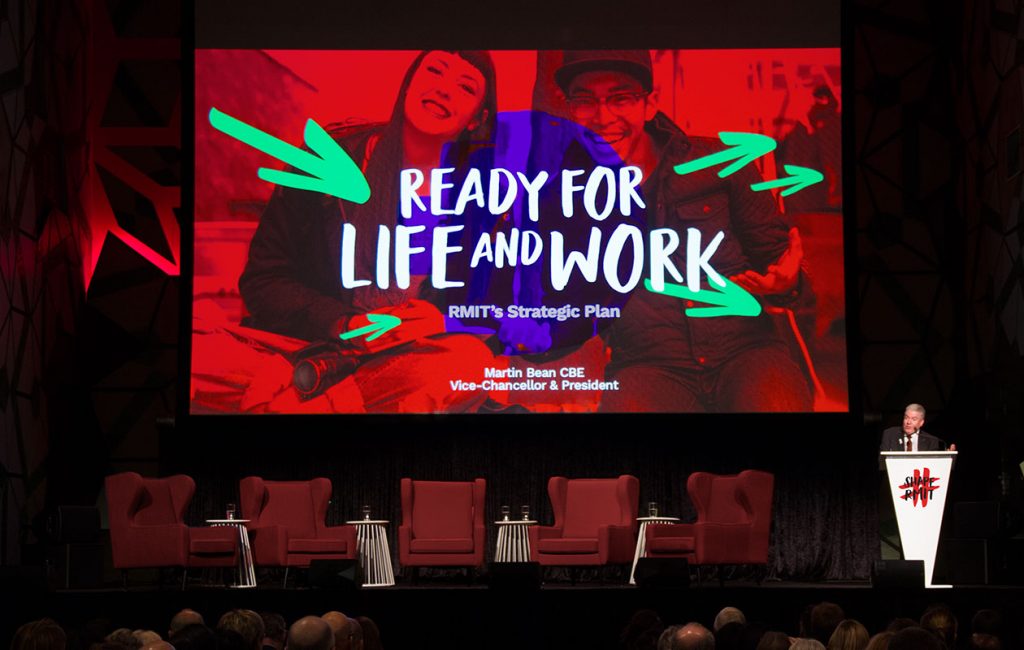 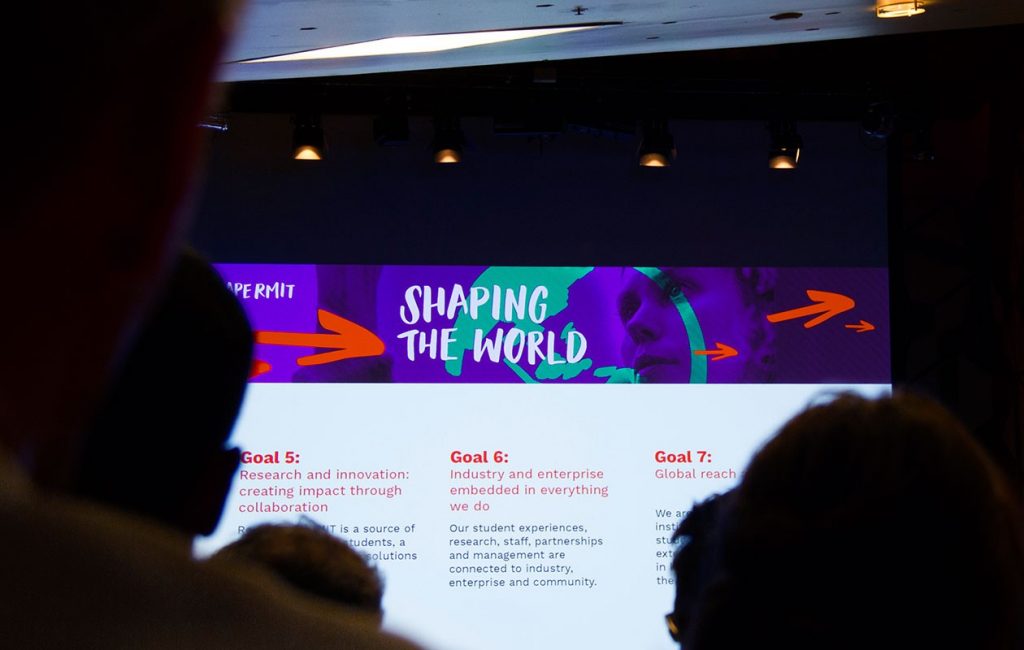 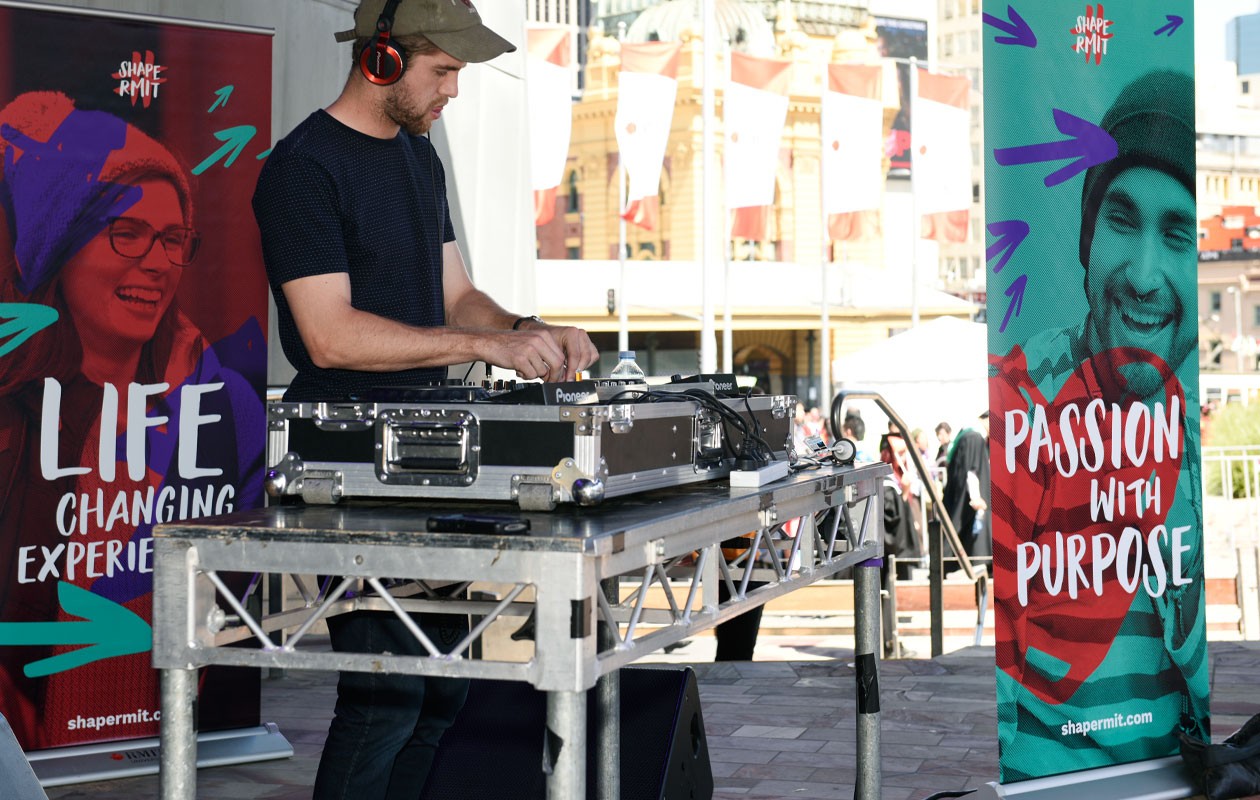 Thousands of students, staff and alumni contributed to online discussions, workshops and presentations, both locally and internationally, helping form the RMIT Ready For Life and Work strategic plan.

This campaign was so popular that departments at RMIT wanted to use the visual identity for themselves, rather than following the formal brand guidelines. 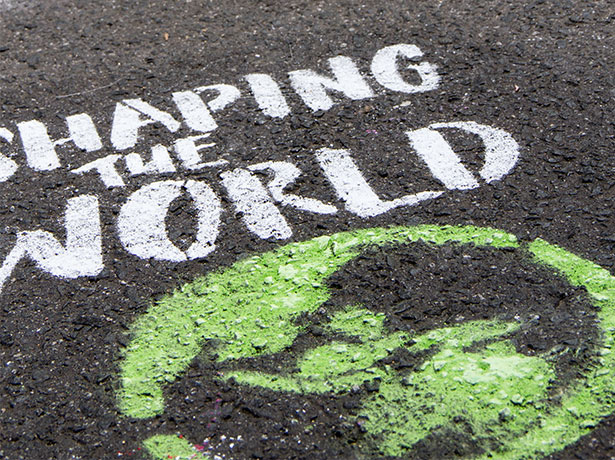 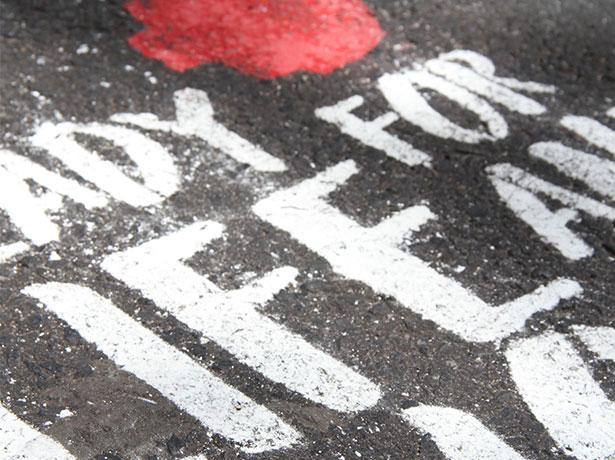 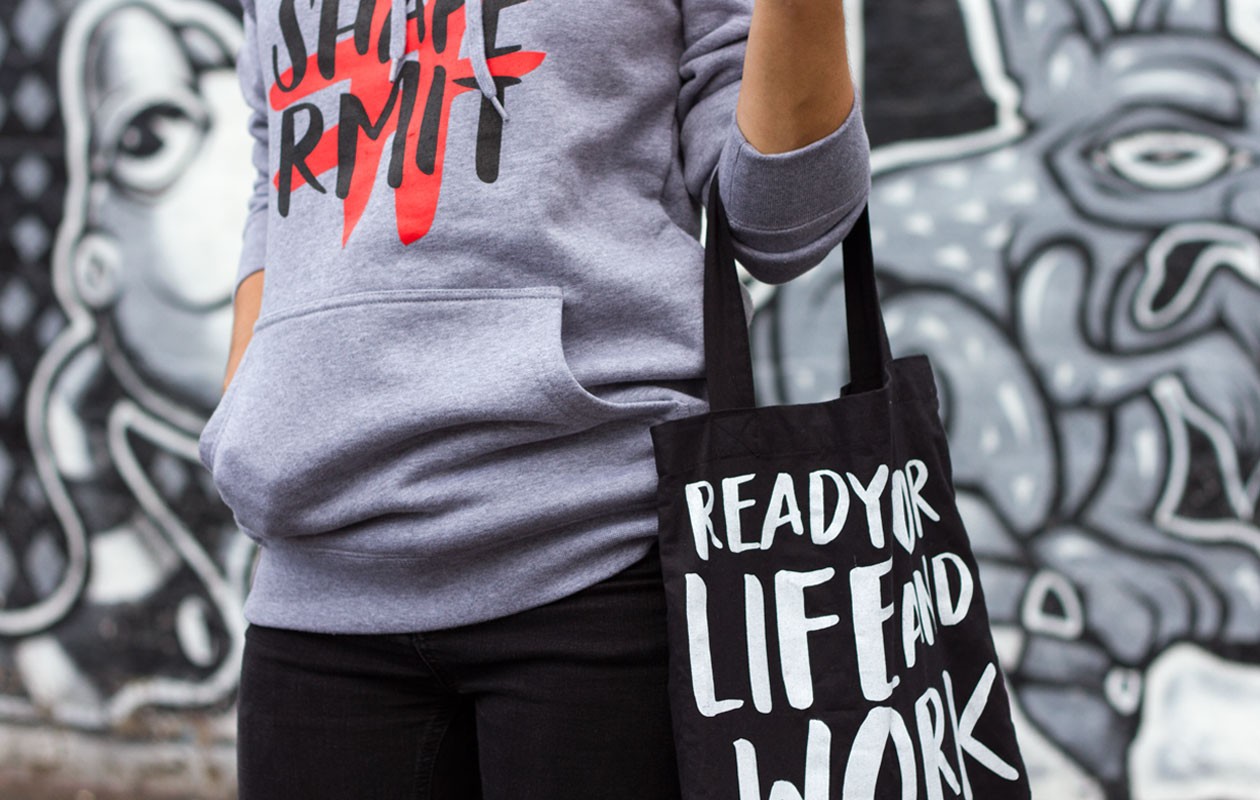 Highlights of the RMIT calendar year

In conjunction with the #shapeRMIT launch, RMIT also held end-of-year parties for all staff across their three campuses in Victoria. In addition to receiving the #shapeRMIT tote bags and water bottles, the staff also received a broadsheet newspaper featuring some stories submitted by fellow staff about the highlights of their year, featuring the hashtag #myrmityear.

We designed a limited edition book featuring content from the staff broadsheet, to be given as an exclusive gift to the board members of the University Council. This publication was testament to the positive changes being implemented across the University and the appreciation being articulated by the staff community as a result. 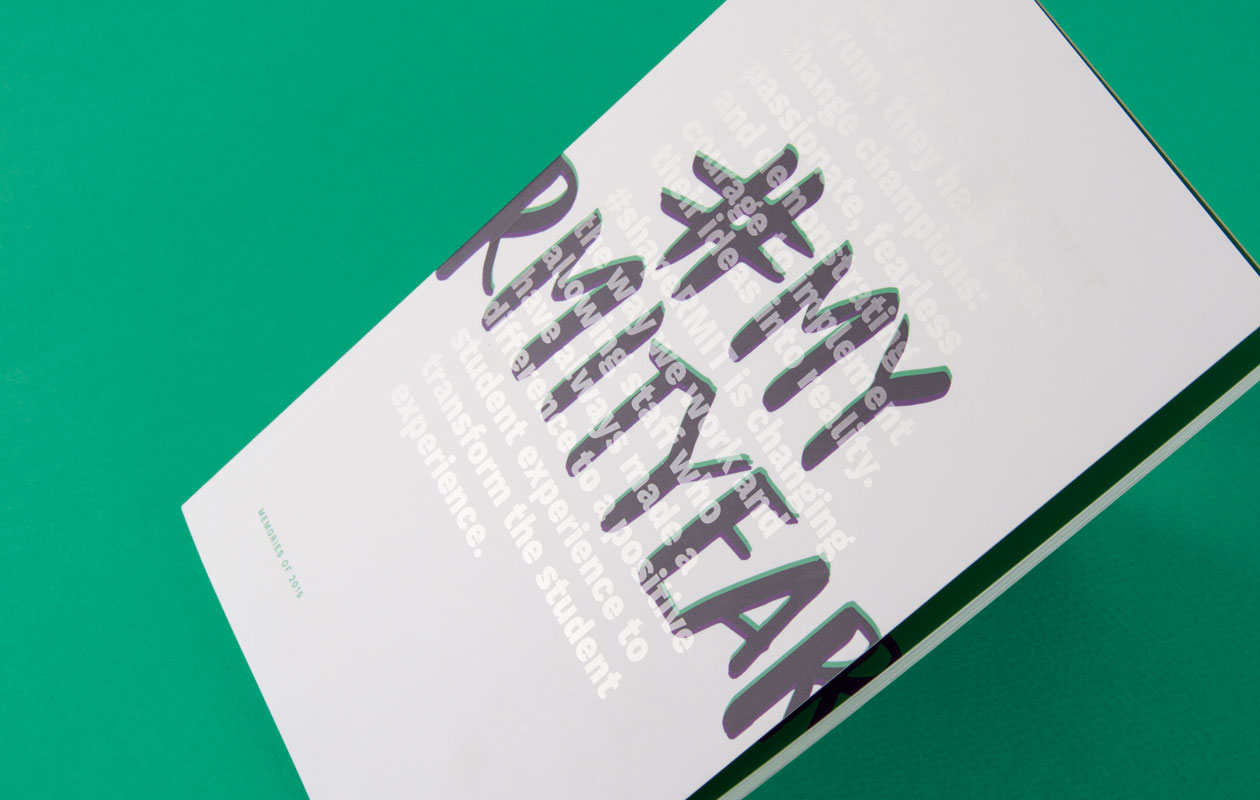 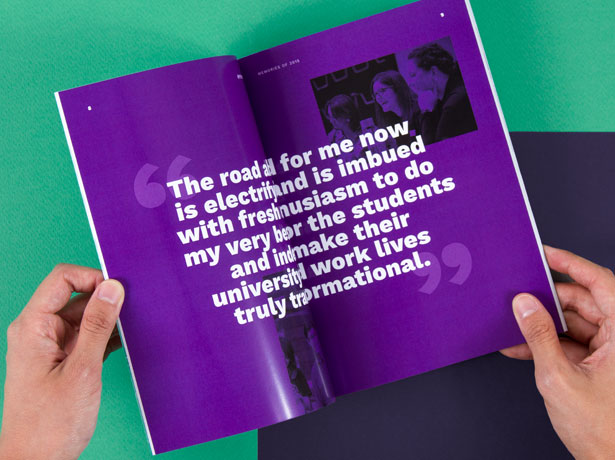 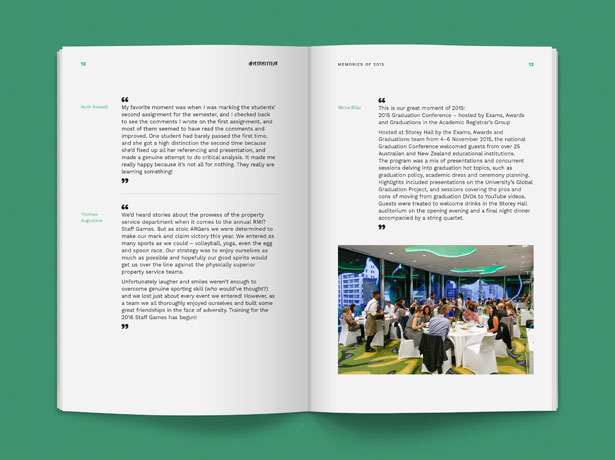 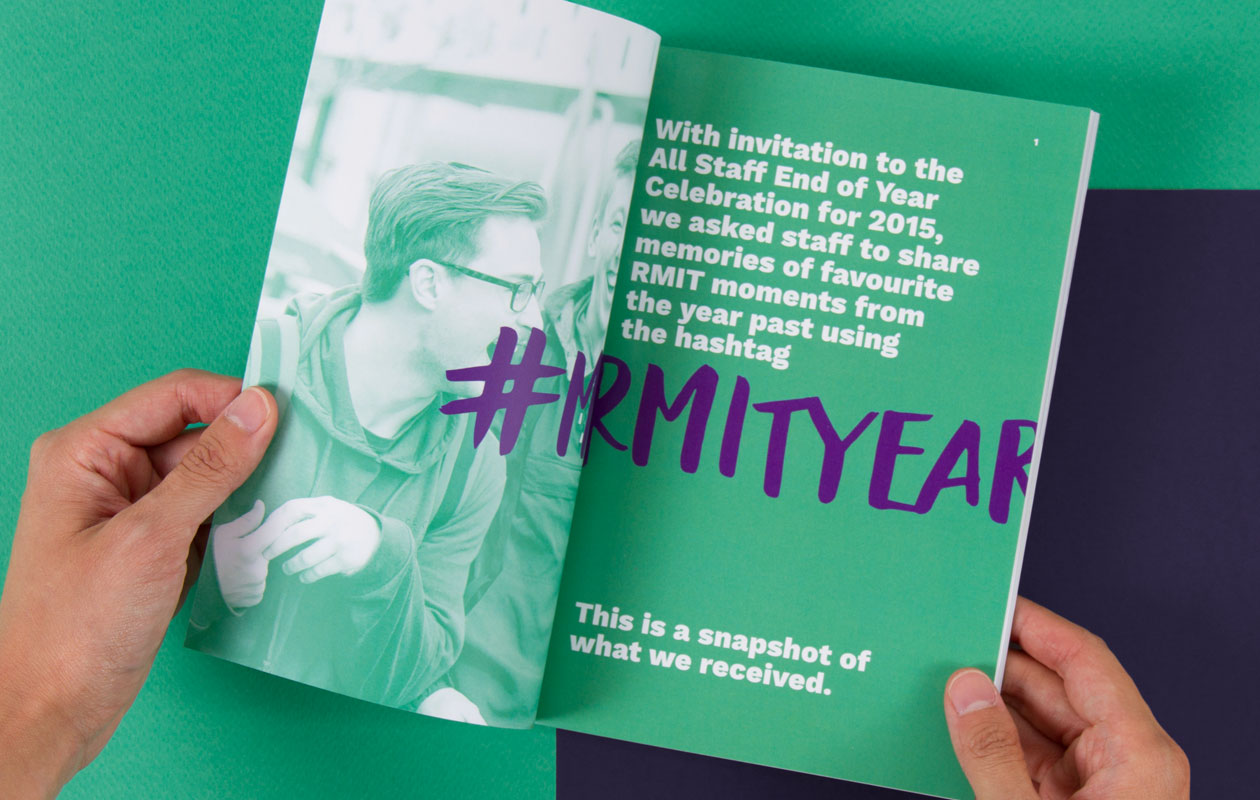 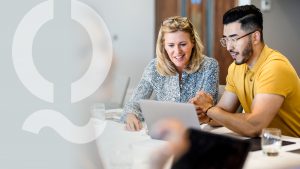 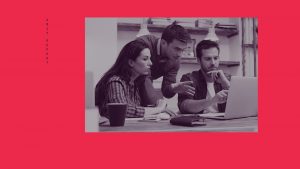 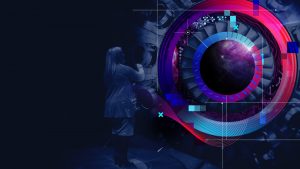 Insights in your inbox